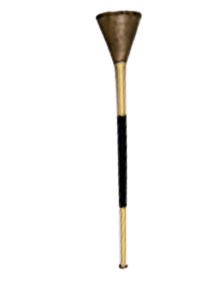 ¨In my music, the depth of harmony ¨realizes¨the reason of movement¨ Also philosophy.

¨Or time and place¨

¨Every little step believes the reason¨ In music so.

¨That's why the ancient egyptian religion is possible to practise. Reason follows. It's a reason-following, reason-based religion in it's best.¨

This chapter ¨welcome¨ includes subtle informaation about me. and of fourse musical information about my most actuel works, such as especially about my new upcoming opera ¨Tutankhamun¨ (synopsis in ¨works in progress¨)and a new celloconcerto ¨The distance of love¨ of which performance chances there's information in ¨works out of the request¨,  and about my "Osiris"-opera, f.p.2003 in " commissioned Works". about ALL of those at the end of this CHAPTER. (There's also a NEW traVel stoRy about my 2 years of composing in the USA the ¨Osiris¨-opera and the ¨Per-Djet¨symphonic poem in Egypt after that at the end of  chapter¨commissioned works¨.).In ¨recordings and videos¨ you can listen to my music.

I have travelled vividly, and fantastically and with a passion here and there to reach an ultimate understanding about life, love and the truth, and the ultimate truth.

I Also in my present life received a kind of lapis- lazuli ¨eye of Horus-jewel¨ from Luxor as a Token of a composition- prosess in Nile. It was Lost in the city warpractises in Helsinki (start in 2004 (planning)-2005)though area' s (centrum) effect  since I somehow sensed the ¨bombing¨ sounds overall and accidentally lost it to the street

ALL my GREAT rememories , mystical, cabable, and effortful about pharaoh TUTANKHAMUN are in ¨about my tendency in opera¨. There you can read who Tutankhamun was, but that's not culturally enough. More is needed, and that I provide in the future, say in three (3) years, as a great opera experience, to hear, feel an opera about TUTANKHAMUN with sensual, effortful music, sharp by it's wisdom, sensitive and emotional by it's music.

I'm a 52-years old Finnish modern lyrical composer, mostly concentrated in opera these days. I write my own libretti, which are expressing magical thought. I am the first person in the world to have composed into a cappella choirmusic ancient egyptian religion, complete spells from the Egyptian book of the Dead.  I've composed music to all kinds of ensembles.

Tutankhamun , about who there's  more information in deeper pages here, exactly in ¨ works in progress¨ (synopsis)  and ¨about my tendency in opera¨was the most elegant pharaoh in the space originally. His reign was incredible switch of ¨karma¨maybe the most incredibly lucious, fantasy-like (in gay sense) period, and with such dynamics probably in this universe have in no other time existed, that therefore my libretto about him is important, and the opera about him must be finished.

I've also performed as a singer as a boy in the Mozart's Magic Flute as the 2nd of the three boys in the Savonlinna Opera Festival at years 82(TV, finnish president Mauno Koivisto present)- 84, and in the shortened version of the Magic Flute for especially children and child-minded, at the Finnish National Opera in Alexander theatre at years 83-85, continued in Itäkeskus.

And also in Benjamin Britten's ¨Let's make an opera¨ as a production of Sibelius-academy's studio theatre, their first program of their opera thetre in the role of Gay.

I also belonged almost 10 years to Cantores Minores boy's choir, who I also have in my career composed a more mystical piece, or to a more mystical poet by mexican nobel-prized poet ¨Octavio Paz.

I would actually like to see my opera to be performed in Luxor temple in the some time future. Actually I realized that my written, yet to be composed opera ¨Tutankhamun¨, story written by me, should and will one day be performed as it should, and actually in the only possible majestic enough, yet very lyrical way, amazingly: the beautiful karmatic orchestra works by the composer mr. Jani kääriä the colonnade hall of Tutankhamun  in Luxor temple with amazing natural tender original fire-lightning in the opera+ the trendier from the diskos acquired lightning, so that the performance stage is against the great wall of the temple with all the images of instruments, the alabaster statues of Tutankhamun standing majestetically there inside the temple, whereas the opera intermissions will be cutely in the beautiful hall temple of Ramses to sell candles, and big serving tables to serve delicious while watching images of Tutankhamun by the walls, sharing thoughts there. Another summer performance could be at the Cyprus mystic amphitheater.

Gran teatre del Liceu has thanked me about innovating material about my opera ¨Tutankhamun¨but can't solve it's performance.

In ¨Osiris¨- opera there's gay affair. Most straight men who I talked often ¨confessed that they feel disgusted about gays's smell especily. They added often that's that's not exactly me, at all but many stink exactly sweat. Then I wondered that I don't recognize any special difference between the smells of gays or straights. They confessed that it's some illusion in their mind.

Artistic reasoning: Based to the fact that America has been in counter-war through the Nazi war, and pursued individuality by different means, at at least by tonality, I think it's more complex to find the estethics of composing, till the reason of the Nazi war relays in the mysticism, ending the royal times in the Europe, the truer reason to compose could just be the ancient egyptian religion which base and has based the royalty by it's poeticality from the beginning of the times, that allowing storytelling especially in the opera of that kind; and finally, that can give despite the Nazi war, also in Europe, realising modern Egypt, right to base tonality chromatically how it seems to waver, for you in history.

One more announcement: From the french poet Arthur Rimbaud's original main picture in the net, where the picture cavalkade begins, and which pictures are the most, before the romantic image, the lips are wronly imaged, they are by marthyrs of those days made look purpously thinner, which is a shame, but in the ¨romantic¨image with Paul Verlaine they look alright. For example Arthur's poem ¨Tear¨.

Arthur Rimbaud is favoured in english

The characteristics and a real context and premiere depiction text of the new work, yet unperformed celloconcerto ¨The distance of love¨ , coming from the same inspiration as the work: ¨Per-Djet¨ (in: ¨commissioned works¨) is at the end of the list in chapter (¨works out of the request¨) and is coming from the inspiration of living in Egypt.

There's information about my world premiered ¨Osiris¨- opera, f.p.2003 Finnish National Opera (composed mainly in the United States, in South Beach, Miami and San Francisco) in this page, in chapter: ¨commissioned works¨and some criticism in chapter "reviews".The ¨Osiris¨-opera is not a comedy nor a tragedy, it's a happy opera by it's characteristics that win the tragedy, and a Great fire-ritual opera. Osiris is a rare nostalgic and symbolic work where the idea is to win the sin. The scenes just follow each other creating a new reason to win sin. In it's best, ¨osiris¨ brings your own eroticsm to you. Osiris-opera follows historically exactly the Magic Flute Opera by Mozart and especially Emanuel Schikander and die Zauberflöte.

There's also a new ¨traVEL stoRY¨ at the end of ¨commissioned works¨ about composing the opera in the USA(South Beach, Miami and San Francisco)  and later, changing to Egypt, composing the beautiful,lucious symphonic poem ¨Per-Djet¨there that I'm currently writing there.

There's also recordings and videos of some of my pieces of chapters: ¨commissioned works¨ (for example the symphonic poem  ¨Per-Djet¨ which is been composed purely in Egypt and is perhaps one of the most individual works) and 5 video sections about my ¨Osiris¨-opera and also from the chapter ¨works out of a request¨, so you can listen to my music in my homepage in chapter: ¨recordings and videos¨.

In chapter:¨Works in progress¨there's a new synopsis about a coming opera, called ¨Tutankhamun¨ which libretto is ready. Originally, the libretto  is based to deeper confidence about Tutankhamun and mystical sights through Egypt, then especially the long mystical spell I remember Tutankhamun wrote himself as a pharaoh 3300 years ago which is been lost all this time that I remebered simply, and still for re-travelling in Egypt and more and most professional challanges through thereby. The libretto resembles a karma silverly fantasy about young pharaoh Tutankhamun as close to the truth as possible. The opera is a reason's opera enough to be fluty, dwelling in reason, with the sweetest tones. It's a pictoresque opera of a kind. The narration is truthful but mostly lyrical. The Libretto has a relation to the whole world history, not just the history of the ancient Egypt. However, no other gods have been mentioned nor characters of serious background execpt ancient Egyptian. There's also a little chance for the specified music explained. Also, in chapter ¨About my tendency in opera¨ I have explained the reasons why I want to write opera about Tutankhamun. In the same chapter there's also my thinking about the ancient egyptian religion. Very Important: Because in some respects the storytelling about Tutankhamun is SO OLD in history, I needed to reaalize how a long-journey spaceship could be built based to deeper sights about Tutankhamun, and especially the mystical spell I remembered Tutankhamun having written in historic Egypt, and later still big re-travelling in Egypt and therefore a professional check-out.

I have studied recently a lot of ancient egyptian religion, which is available published by the San Francisco Cronicle books (Faulkner 1998); as I am also the first person in the world who has composed into a cappella choirmusic some of these spells/ chapters in the ¨Papyrus of Ani¨ (Egyptian book of the dead) with musical commissions and performances.(In ¨commissioned works¨)

IT SHOULD be noted that the San Franciscans never participated in anyway the publishing, performing or supporting the composition of this religion, further more I've saved this reason by participating my life in Egypt with love. The Only thing the California and Hollywood really have seriously created out of the Egyptian book of the dead, are the movies ¨Mummy¨, even those with an extreamely serious missbalance about the figure of Imothep, who was not a terrorist originally.
Helsingin Sanomat 10.3.2003:¨Myös Jani Kääriä osaa käyttää kuoroa musiikillisten ideoittensa palveluksessa. ¨Bringing of my soul to me¨on muinaisegyptiläinen loitsu Anin papyruksesta. Musiikki kehittyy pyynnöstä huutoon, hymnistä pysäyttävään, kuiskaten lausuttuun loppupisteeseen. Kantaesityksestä muodostuikin konsertin kohokohta.
Helsingin Sanomat 10th of March, 2003: ¨Also Jani Kääriä is able to use choir to serve his musical ideas. ¨Bringing of my soul to me¨ is an ancient Egyptian spell from the Papyrus of Ani. The music developes by a request to shout, from hymn to halting, whispering expressed final point. The world premiere in the concert so became it's highlight.¨
english translation of the originally finnish criticism

My music will not be published by a british or any other  publisher, but my website publishes my music now. This is due unsuccesseful attemps to publish my music earlier. Once I had an opportunity in New York at year 1998 to be published by Boosey&Hawkes but they didn't see any importance in those days to compose in Miami beach. That's why the opprtunity ceased to exist. Another chance was after my ¨Osiris¨- opera's f.p.in Helsinki at 2003 by London Ricordi. That also ended to confusion about them not understanding thouraghly my goals, or by not communicating thouraghly, with my ¨drive¨to go on with my own way. The attempt was anyway nice by then.

free template joomla
Back to top